But there are also a lot of beginners and intermediate level players active and fanatic. So it doesn’t matter whether you have been playing tennis from a young age or just starting out!

Passing Shot provides training to almost 300 members and these training sessions are given by about 10 trainers from its own member base. We therefore organize training sessions ourselves and do not use an external tennis school, so that our members can train at a student price. The training sessions are divided into four periods and there is training at all levels based on the rating of the KNLTB (1 to 9 and Beginner). And for the best and most fanatical players we offer selection training, where players can train seriously and disciplined at a high level. 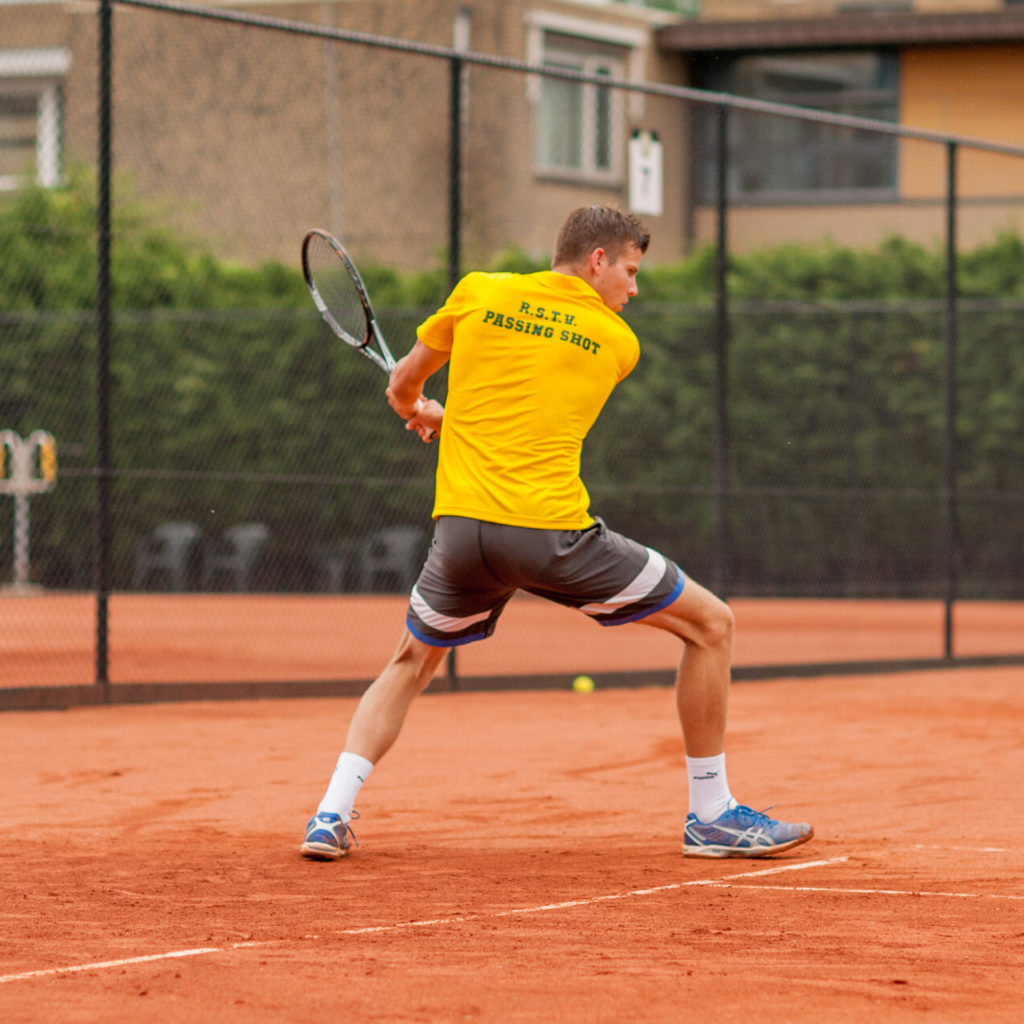 In the autumn and spring we play tennis at Tennispark Kralingen (Ijsclubdwarsstraat 1) and in the winter we enter the halls of TV Victoria (Kralingseweg 226), just outside Kralingen, and Tennispark Blijdorp (Stadhoudersweg 181), in the north of the city. . Besides visiting major international tournaments such as the ABN AMRO WTT and the Libéma Open, we often travel throughout the Netherlands to play tennis and party at external tournaments organized by our sister associations; such as NK Mini in Groningen, LUST in Tilburg, SET in Nijmegen and the Qravel Open in Leiden. The biggest tournament is the Dutch Student Championship, which is organized every year in a different city. In 2017 we had this honor ourselves. We also have a tournament every year called the Classic in which we compete against, you guessed it, students from Amsterdam.

Passing Shot is also active in the field of tournaments. For example, we organize our own BRAK tournament every year; during this weekend student tennis players from all over the Netherlands come to Rotterdam for a game of tennis and to celebrate a good party.

Every year we organize the Club Championships for our own members; an always pleasant weekend where there is a lot of tennis in tournaments and a lot of drinks in the sun-drenched tennis park.

In the summer we also organize the Kralingen Open in collaboration with LTC Kralingen. With almost 600 participants, the largest clay-court tournament in the Netherlands where tennis is played at the highest level. As a member of Passing Shot, you have the luxury of reserving a court at Tennis Park Kralingen in the spring and autumn where you can play tennis for free with a fellow PS player. It is also possible to reserve courts on the university campus.

This website uses cookies to improve your experience while you navigate through the website. Out of these, the cookies that are categorized as necessary are stored on your browser as they are essential for the working of basic functionalities of the website. We also use third-party cookies that help us analyze and understand how you use this website. These cookies will be stored in your browser only with your consent. You also have the option to opt-out of these cookies. But opting out of some of these cookies may affect your browsing experience.
Necessary Always Enabled
Necessary cookies are absolutely essential for the website to function properly. This category only includes cookies that ensures basic functionalities and security features of the website. These cookies do not store any personal information.
Non-necessary
Any cookies that may not be particularly necessary for the website to function and is used specifically to collect user personal data via analytics, ads, other embedded contents are termed as non-necessary cookies. It is mandatory to procure user consent prior to running these cookies on your website.
SAVE & ACCEPT